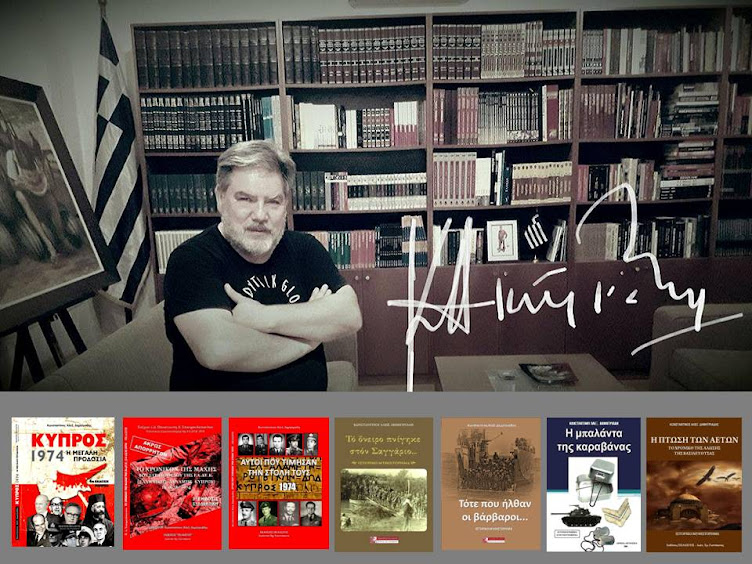 1. I used secure reliable channel directly to General Ioannides to deliver message reftel. He began by explaining he had personal message from USG. After emissary had read two paragraphs, Ioannides commented message must be same as that Ambassador had given Kypreos, in which case emissary wasting his time since he would receive message anyway. Emissary explained his job was to finish reading message and hand it to him and would do so, to which General Ioannides said fine.

2. After emissary completed message, the General literally blew up, jumped up, backed up, knocked over a table, broke empty glass and uttered a strong obscenity. He continued that one day Kissinger makes public statements regarding non-interference in Greek internal affairs and a few weeks later the USG says “consistent with the above principles …” and threatens interference. “No matter what happened in Cyprus I (Ioannides) will be blamed. If I had pulled the troops out the former politicians would have blamed me for turning the island over to the Communists. Some day USG will realize that on 15 July 1974 Cyprus was saved from falling into the hands of the Communists”.

3. General then calmed down, came over to where emissary was sitting and said he knew he understood him: diplomatic talk is time-consuming but he would answer in as diplomatic fashion as possible because he had diplomatic mission.

4. General stated that Greece also believed in non-interference and in a free, independent, sovereign state of Cyprus; Greece would abide by the decision of the majority of the Greek Cypriots, most of whom were nationalists, and these nationalists were the ones who had moved against MAKARIOS. It was immaterial whether these Greek Cypriot nationalists moved with or without the prior blessing of Greece or whether Greek officers subsequently assisted them. At this point he went off on a tangent stating that neither Greece nor the Greek Cypriots had asked for enosis, that GOT had obviously accepted these developments in Cyprus, that Turks understood that the matter was an internal Greek Cypriot affair.

5. According to Ioannides only real resistance left on Cyprus were Communist supporters of MAKARIOS in Paphos; these supporters were even singing EAM/ELAS33. Reference is to the Greek Communist resistance movement of World War II. songs. Most of the rest of island was in nationalist hands. General Ioannides stated that everyone should forget that MAKARIOS was an international figure, that he was a national hero, that he had served several useful functions and that he was a man of the cloth; MAKARIOS had become a rotten priest homosexual; he was perverted, a torturer, a sexual deviate and the owner of half the hotels on the island. To preserve his position and to continue his activities, MAKARIOS was willing to sacrifice seventy per cent of the Greek Cypriot population (only thirty per cent were AKEL) and entire anti-Communist Turkish Cypriot population. Ioannides asserted Greek Cypriots in National Guard realized these facts and had begged motherland for chance to act against MAKARIOS; General claimed that he only assisted after being presented with a fait accompli.

6. At this point emissary interjected and told Ioannides point-blank that, with coup only twenty-four hours after his reporting to us regarding a possible overthrow of Makarios this was very difficult for anyone to believe. At this point the General again blew up with arms waving, knocked over the same table, broke a second glass and, between obscenities, stated that he did not plot and arrange the coup, initial plan and approach was from Greek Cypriot nationalists on 13 July, after latter learned that GOG intended to accede to MAKARIOS' demands to reduce number of Greek officers in National Guard. General stated he could not accept at least 85,000 Greek Cypriot refugees from MAKARIOS ' tyranny. This coupled with MAKARIOS' anti-regime efforts, made him decide to assist Greek Cypriot nationalists. The General stated that if Makarios succeeded in kicking Greeks out of Cyprus what could keep him from thinking he could not kick junta out of Greece. After deciding to assist Greek Cypriots, the General claimed that he did not tell the Armed Forces leadership nor any Greek official. He limited knowledge of his intentions to few select officers on 13/14 July; no one else knew and even after events unfolded on 15 July only a handful of people were aware of his role. Ioannides justified this action by asserting that if he had briefed numerous people they would have raised suggestions, advice, alternatives, and possible problems. He added that he acted on spur of the moment.

7. Ioannides declared that game was now over for MAKARIOS, that Greek Cypriots had booted him out, that National Guard and Greek officers had assisted nationalist Greek Cypriot brothers, and that only resistance now was in Paphos. In reply to emissary's direct question Ioannides stated that MAKARIOS was still alive “but who cares; he now has no power and no one, if he believes in principle of non-interference in internal affairs of sovereign nation will assist him—not even the Russians unless Turks ask them to do so and the Turks just don't care.”

8. In reply to question whether Greeks were in direct touch with Turks, General stated we have not bothered the Turks; we have not declared enosis. Turks agree that “the principal thorn” (i.e., MAKARIOS) is gone and, “I am not in touch with the Turks.” He expressed view that Greece and Turkey could now proceed at some future time to sit down, talk and solve their differences. Indeed, according to Ioannides Greeks might even be willing to share profits of petroleum finds in a joint exploration company; however, Greece would never surrender Aegean continental shelf because this would mean Turkish control of Greek islands. He also expressed belief that Greek and Turkish Cypriots could probably solve their difficulties peacefully, quietly and amicably. He even joked that in a year or perhaps more realistically ten, the Turks might want to sell their share of Cyprus for increased percentage of petroleum rights. Again in reply to direct question, General Ioannides stated that he was not in contact with any Turkish official; however, he added that Turks were “officially aware” that enosis was not the objective at this point and that Greek Cypriots did not intend any bloody action against Turk Cypriots.

9. When asked for specifics on MAKARIOS, Ioannides stated that according to Greek information, MAKARIOS was alive and in hands of British at Episkopi Base; he had gone there with assistance of Canadians and British on island.

10. At this point Ioannides summed up as follows:

A) He stressed that he too had a God; he was definitely not anti-American; “even a jackass needed a post to be tied to” and in his case it was the U.S.

B) His hasty decision on 13 July might have been stupid. Instead of abandoning Cyprus and letting U.S. worry about its fate and pour money down another rathole, he had allowed love of country, a moral obligation to the Greek Cypriot nationalists and his “philotimo” to overrule logic and to assist Greek Cypriots.

C) Greece would do whatever was necessary to preserve its national identity and to stay anti-Communist. If this meant keeping Yiaros open it would stay open as long as it was necessary and he would accept no static from anyone on this score. Indeed, he had instructed a Greek official to tell British officially that whenever the British let Irish political prisoners out of British jails, he would free the forty-two Greek political prisoners on Yiaros.

D) He personally didn't like Nikos Sampson, but that was Greek Cypriot nationalist decision. He knew Sampson personally and in his opinion Sampson was “crazy.” He jokingly remarked that new Cypriot Minister of Defense Dimitriou was very pro-American and that our Embassy there would soon realize this. He also knew Dimitriou personally.

E) While shaking hands at close of conversation Ioannides stated, “Remember we too believe in a free, independent and sovereign Cyprus, we too believe in non-interference, along with Turks and especially with Kissinger. We too believe that the Cypriots should be free to solve their own problems, be they Greek Cypriots, Turk Cypriots or both.”

3 Reference is to the Greek Communist resistance movement of World War II.